I’ve been updating my Dell Drac blog-post with all new things I Learn, but I think I have enough to say to create a new post.

So I yesterday started out with installing firmware updates on 7 Dell servers, R330, R740xd and R440. I started the way I normally do, boot into the Lifecycle Control manager (such a stupid name, I’m gonna call it LCC), configure the nic so it has access to ftp.dell.com and go to firmware updates: 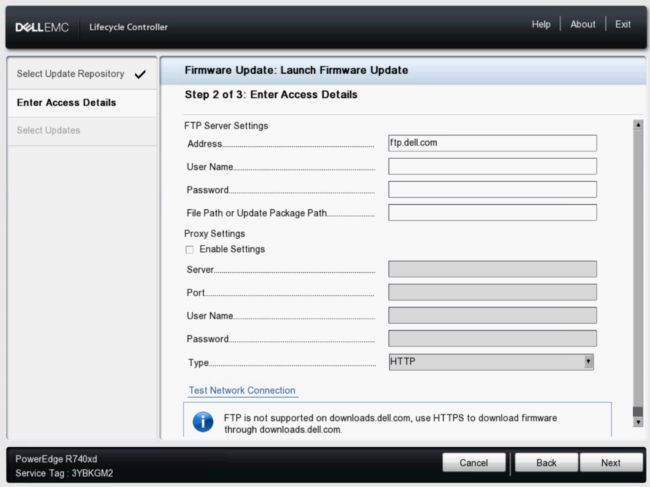 But it wouldn’t skip to the next screen. As this is a constrained environment with the Drac card only having access to ftp.360ict.nl, I assumed a firewall problem, but this was not the case.

After some research I found this statement from Dell. I didn’t have the same errors, but it was enough for me to conclude updating through ftp is currently unreliable at best. So I tried one of the “new” bootable image updates, but this took forever to boot. I experienced this before with mounting bootable images through the ActiveX plugin in IE (yes, it’s that long ago) and I think it has to do with the nature of booting Linux images through HTML5. I didn’t troubleshoot, we went from ActiveX to java, so it might fix this issue too. I decided to use the SUU ISO update method as this was taking way too much time. Dell has an article in detail too.

However this slow performance kept plaguing me because as soon as I choose updating the SUU updates, it would took forever to copy over the firmware updates: 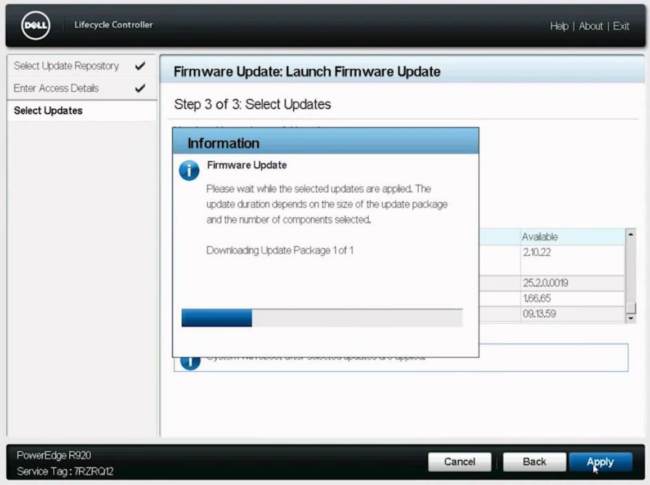 So I did a reboot, updated the DRAC update only (this will update LCC too).

While waiting, I decided to try the next step with the built-in option to update firmware from the DRAC card: 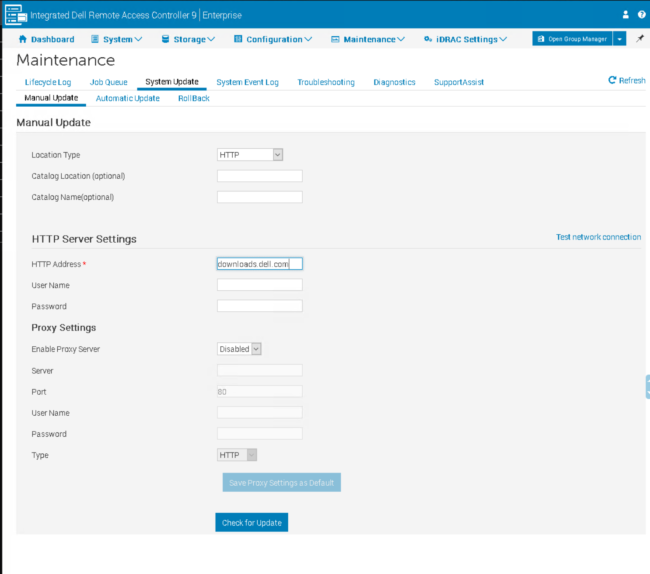 This is all described in detail here. Off-course this didn’t work as expected, selecting all the firmware updates resulted in failed updates: 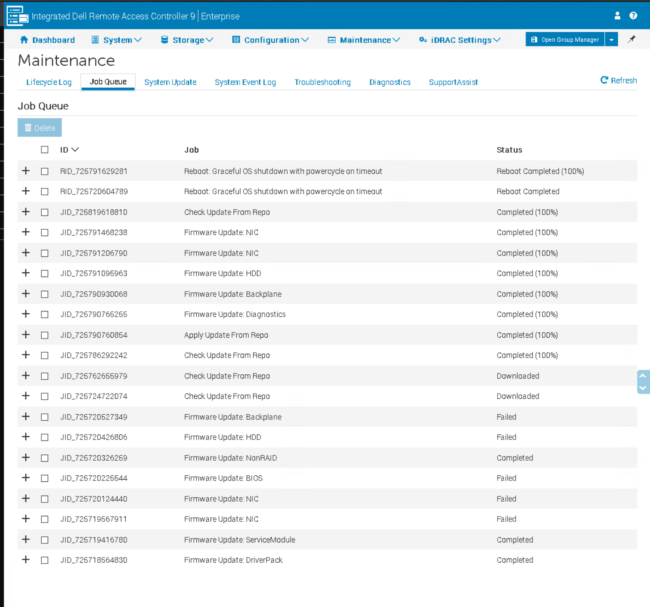 However, this is what I normally expect if there are a lot of firmware updates available: some updates need to be run first. If you run into this: just run it again or start with the obvious ones like the Drac or BIOS updates. But I wish Dell would make this smarter, all the booting (especially into LCC) takes forever on R740xd’s.

The Drac will download the updates, feed them to the LCC and on the next reboot, boot into LCC and install the updates. If you choose Install and reboot, the Drac will try to reboot it for you. You can see the progress on the job queue. However, I found this does not always work (I’m assuming it tried to do a graceful shutdown and there has to be an OS running) so check your console if it really reboots into LCC, if not start it manually. Run it 2-3 times and it should say there are no more updates available.

Also, I ran into an issue where the LCC went in recovery mode, took me like 5 boots to figure out what was happening.

So I’ve spent a whole day and evening on installing firmware updates, too much time I think. Firmware updates shouldn’t be so hard to install, especially on new servers. Dell keeps re-inventing how to do install updates, which is good, but doing a crappy job on it. @Dell, go fix this process as I see too many people on the forums struggling with the same issues.