I’m actually on a cycling holiday from tromso to bodo, so I’m writing this on my phone from a tent. So this article might be not so pretty as you are used to.

I have an answer to the the earlier quizzz, it’s the option of adding in a PCI h330-raid controller in the system and connecting the flexbay drives to it. This is coming from my tech guy at Dell, so thanks to you Cor for replying in the weekends and giving me much detail on the how and why! He told me the s2drn document has been updated and the pci-h330-raid is actually in the document itself; 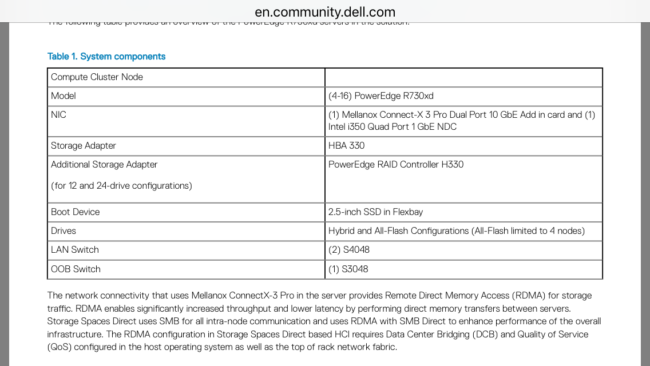 A little further on it is being described; 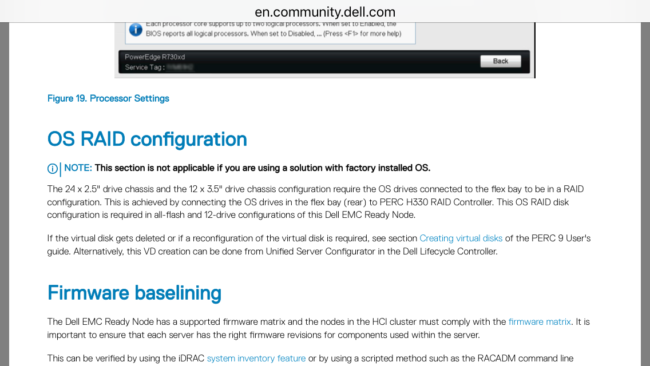 I actually got in touch with a german collegue who had the same bsod problem and he got the same answer from Dell.de support and will get his PCI h330 raid controller soon so I’m hoping on reporting his results here. So thanks too to Andre from Nacura. I’m not sure how to get the controller when you are ordering a new system, I guess you have to contact Dell and request the pci h330 raidcontroller as a loose part and add it yourself (be sure to ask if the part will fit in your system based on the servicetag).

update 20170801: I got good news from Andre from Nacura. He has the onboard-h330-hba in his system and he has put in a pci-h330-raid card for the flexdrives and put it through a loadtest with random reboots without any bsod’s. He also heard from dell.de that this config is fully supported and the s130 will be supported through a fix (not public yet, but it can be requested through dell support). So we should be fine with the r730xd, lets hope it will go smoother with the r740xd..