We had a good working Citrix Secure Gateway with Web interface 5.2 on it (the default that came with the iso’s at the time XenApp version 6.0 came out). When all of a sudden some users (not all users) were no longer able to login in to the web interface on this CSG. The logging in page seems to hang, en sometimes after a really long wait, it displayed a “unable to login” message. On the server I found the following event in the eventlog at the time of the logon: 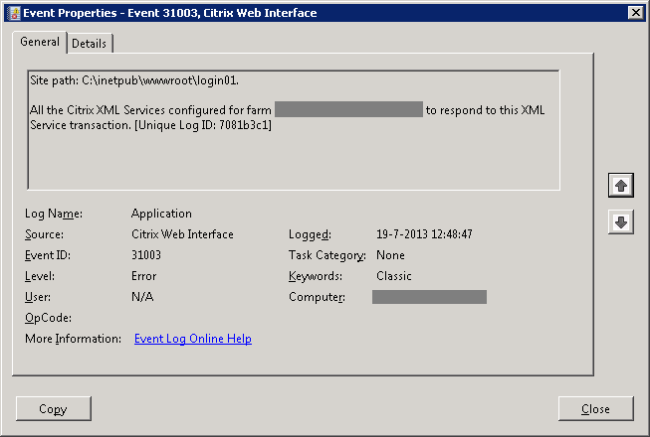 All the information I could on the Citrix knowledge base and fora was indicating that i could be caused by a space at the beginning of a application name. This wasn’t the case, and besides, it worked before, and the CSG server was still working for other users. A corruption on the server hosting the XML Service was also unlikely because it was working for other users in the same farm, using the same WI. Still we checked both servers that were supplying the XML Service for our CSG machines; 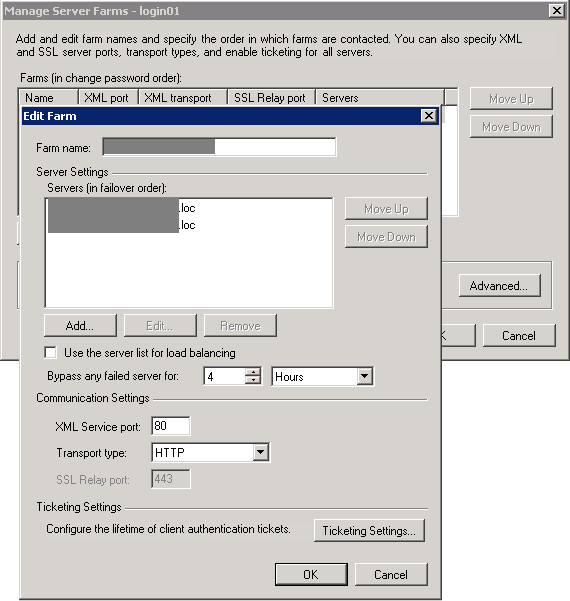 They didn’t show any errors though. We have another CSG server (multiple actually) with WI 5.4 installed, with the same servers configured as Farm servers in web site settings. On this server, the same user was able to login on the web interface without any problems. This indicated that it was unlikely that the error was caused by a corruption on the server hosting the XML Service.

Since rebooting the server didn’t resolve the issue, we decided to upgrade the WI to 5.4. After upgrading the login worked again for the affected users. I don’t know what the exact cause was, but upgrading works like a charm.