We have a local implementation of Lync 2010 in our environment and one of the users complained he couldn’t start Lync 2010 on his local laptop anymore. As the other users didn’t have that problem, I thought it to be a problem on the user’s laptop.

But after a while I had the problem too, as my laptop is in need of a reinstall anyway I thought it to be a local problem too. But today a few other users had mentioned the same problem, so it was time for some investigation. After googling a bit, I found out it could be a time sync, so I did some checking.

But.. the AD server did have a time delay with my laptop, it turned out it didn’t have a NTP server (correctly) configured, so I set this;

You need to input your own NTP server, i would recommend one in your own country. Be aware that you include the /syncfromflags if you want a specific NTP server.

I didn’t want to wait for the internal synchronization and did a “w32tm /resync” on all Lync servers as well. And all was well and I could login in Lync again from my laptop. Also worth mentioning is that the Hyperv server wasn’t a domain member, so I pointed this server to the AD server as NTP source: 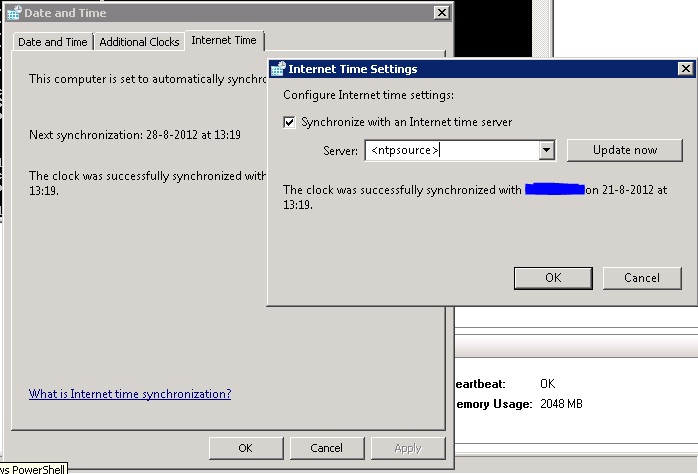 And turned of the Hyperv VM integration services off in the VM containing the AD to avoid conflicts: 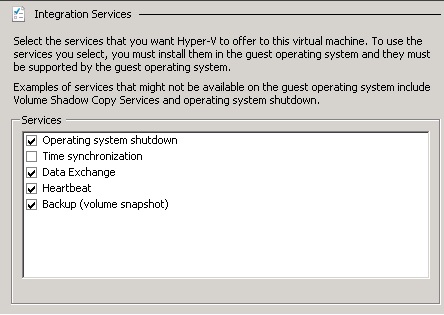