We decided to go with Astaro ASG Sophos UTM a while back, because we were quite impressed by the product. This continued to be the case and have deployed the UTM’s at a lot of our clients’ site (where we have a saying in it :-D). We also replaced our custom linux firewalls in our production network (3000users) with UTM320’s in HA. Although i’m biased i can recommend the UTM’s to everyone: we became a reseller and are in the proces of certifying all of our employees. One of our most technical employees (a linux/novell engineer) said “it reminds me of german grundlichkeit”, which i say in german for lack of a better word (although we are Dutch!) ;-).

Enough of the sales pitch as this is a technical blog, I will blog in the near feature about the product itself. For now i have something i want to like to share about you of the community around the product.

You can see and partipate yourself in the feature requests as it is based on E-Voting: 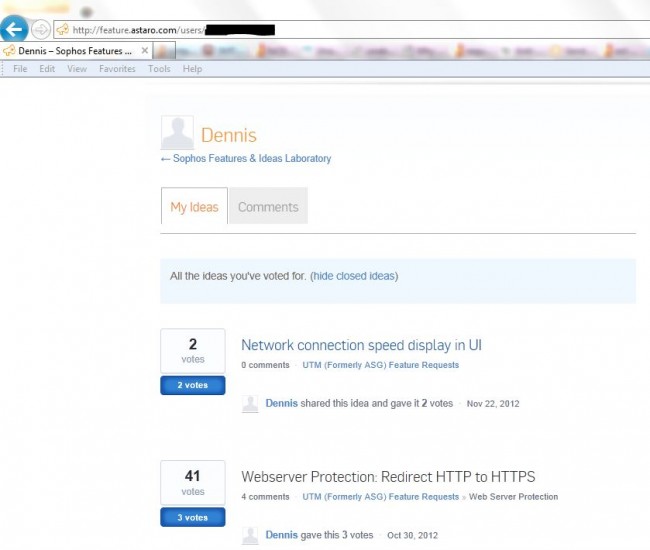 I Also wanted to share the following feature request because of the sheer coolness of it: 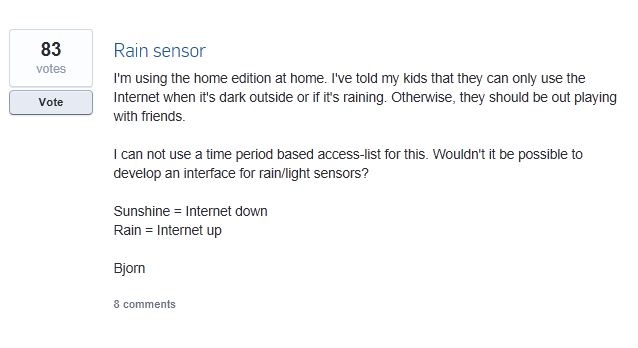 And also i can say this product is not affected by

in contrast with some of the Cisco products;
http://www.infoworld.com/d/security/cisco-recommends-mcafee-switch-ironport-customers-hit-sophos-flaws-206748