I was encountering an issue whilst updating some 2008R2 servers using WSUS. A number of servers on several different locations had problems with updating. They failed with the following error: 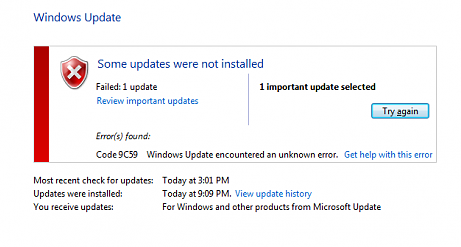 code 9C59 Unkown error, those are always nice. The corresponding eventlog with error 0x80070643 is: 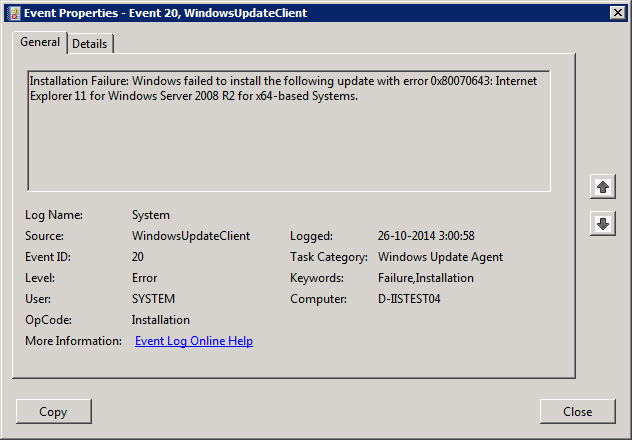 The really odd thing about this failure to install was, that IE 11 was already installed on the system: 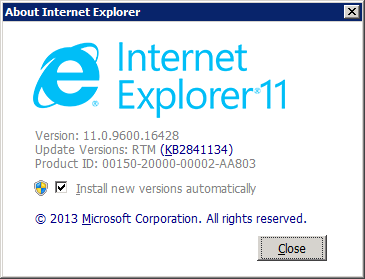 Hiding the update isn’t an option, because this would also block security updates to IE and some other updates. That last part is a bit weird, it also blocked .NET 4 and a couple of other updates from being installed. I couldn’t find a good fix for this specific issue on the internet, most technet articles advise to reset windows update. I tried them all, and this doesn’t fix this specific issue. A plausible cause (at least to me 😉 ) seems to be, that the update process failed at the first installation attempt, but didn’t revert the changes. I’ve tested IE on several affected servers,  and on everyone of those servers, IE worked as expected. But IE 11 wasn’t listed in installed updates. Which would explain why Windows Update tries to install it again.

Now to fix this one, the steps are simple, first remove all IE11 components and reset the IE feature. But before going forward, a little warning is required. Halfway during the procedure, there is a moment at which there is no working Internet Explorer on the server. Including the internet explorer control panel settings page. This fix only get’s the server working again with IE11 (but IE 9 and up is possible, haven’t tested it though).

the last line will ask you to reboot, this is required. After the reboot, there will be no working IE on the server. There will also will be a couple of errors while logging into the server. These can be ignored, the server is trying to set the IE settings in your profile. But it can’t do that because the required components are missing.

start Windows update and check for updates, (or use the network install of IE11): 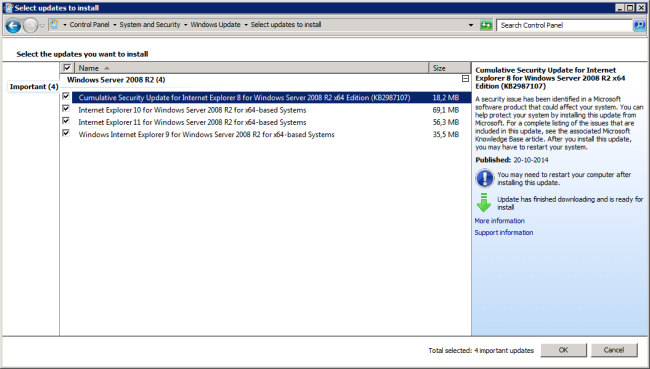 Ok, only select IE11, install and reboot, after which, the server will be able to install the updates and security fixes for IE11.

I haven’t been able to find what triggers the issue, but it seems there have been more issues related to windows updates lately. This just seems to be another one 😉