Sophos UTM went to version 9 a few months ago. With it came loads of features, but i want to focus on the “reserve node” feature in a High Availability configuration.

Sophos releases new features/bugfixes on a regular basis, so i recommend you review what’s in the new versions under the Up2date section.
The Feature “keep node(s) reserved during up2date” is a feature that appeared in version 9 and will upgrade ONLY the master node so you can switch back in case of an emergency. You can find the feature under Management > HA > configuration: 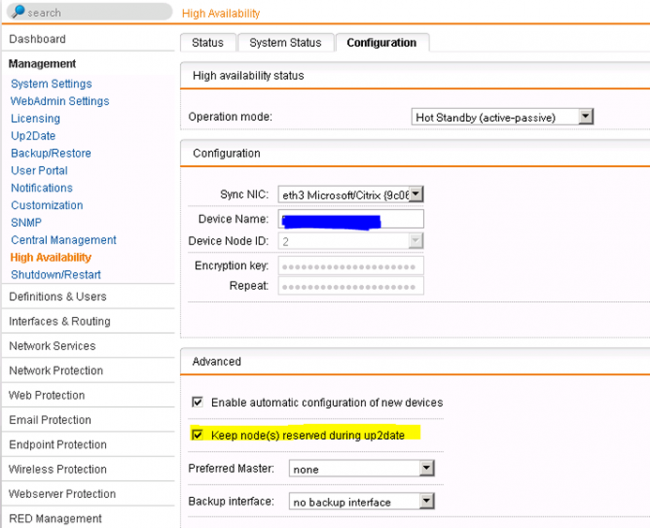 If i give the master a shutdown i will be running v9.003 again:

Update: I saw that this post didn’t say if the master or the slave will be updated first. Here’s the answer;