We got our S2D hardware!

So our hardware arrived and we got busy!

We unpacked the servers and saw that the 200Gb drives which were meant for the OS were inserted in the front instead of the back. This was easily fixed by inserting them in the back, but left us whith some empty slots in front. Luckily we have some covers left from other servers.

Next was inserting the Intel P3600 NVMe HHL Cards, they came in seperate boxes and were inserted easily, no tools necessary in the two X16 slots. Doing a quick check in the lifecycle manager showed us the NVMe Cards, the Mellanox cards and the HBA330 controller; 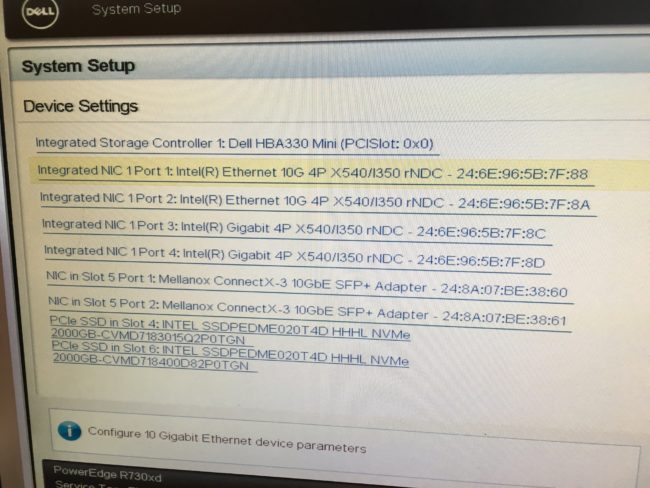 However, the 200Gb drives were connected to the same HBA330, which is kind of what I learned configuring the system.

The solution is to connect the flexbays to the on board PERC controller so RAID1 can be set.

So we did exactly that; 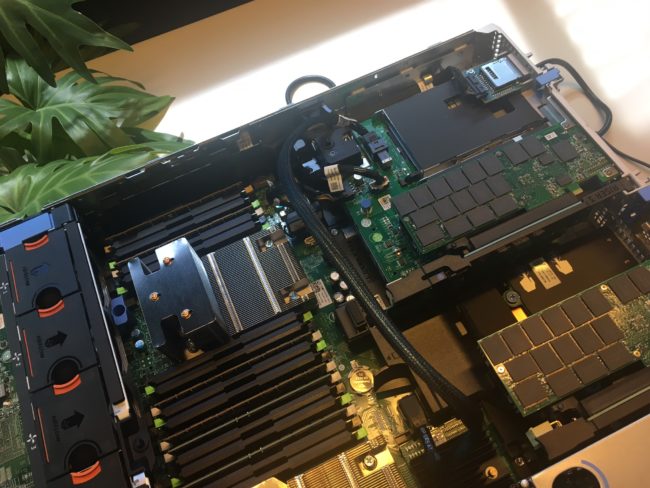 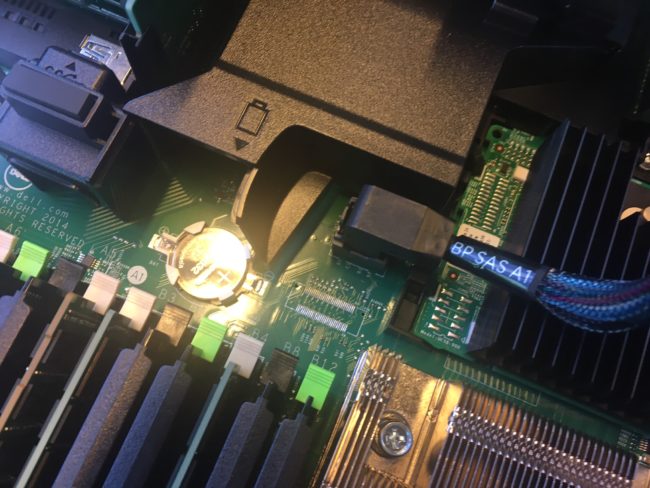 These images were made while testing, we did move back the airflow units and tucked away the cabling nicely after the initial tests. There was a concern however that the cabling touched the HBA330 cooling fan, but we managed to avoid that in the end by putting the cables a bit tighter.

After that I had to set the SATA controller to RAID mode and a powercycle was needed. 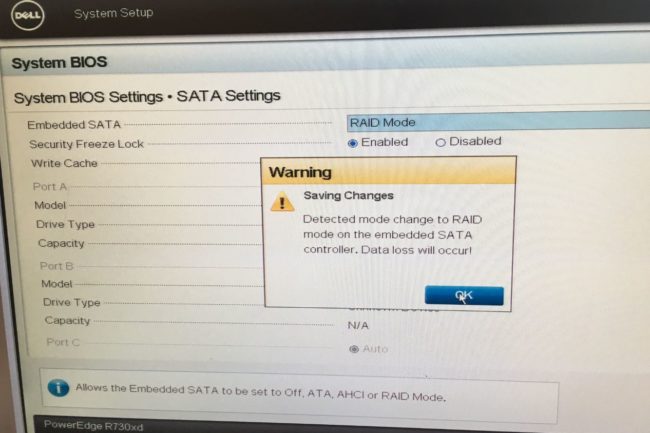 After that the S130 config util turned up; 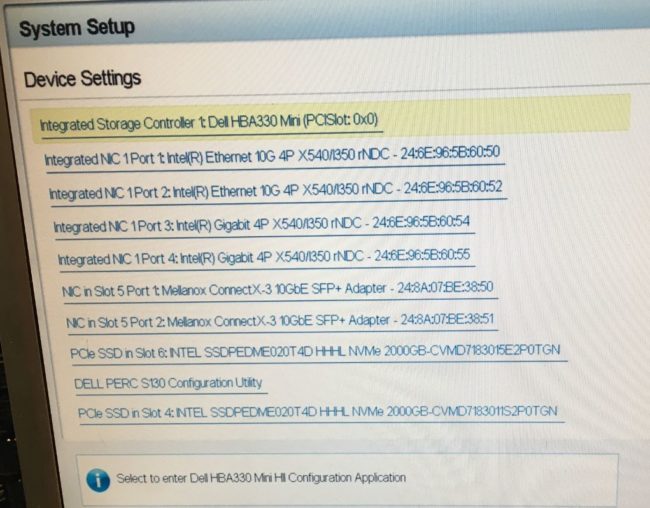 And we could configure a RAID1 setup on the 200Gb disks inserted in the back.

But the error the solutions architect mentioned was unsupported (and now officially is supported) remains; 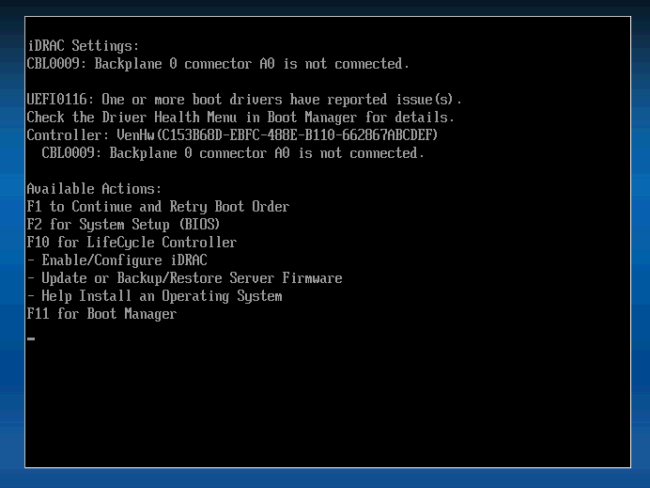 That’s after I updated all the firmware offcourse. The solutions architect gave me actually a minimum version of firmware required; 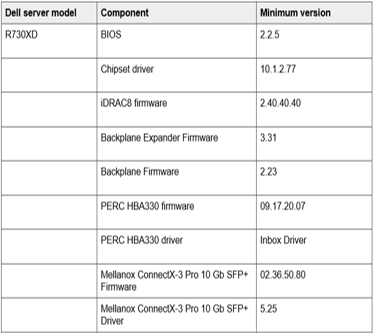 So I contacted him again and he told me we can safely ignore this and it will be fixed in a new BIOS update. It however prevents your system from booting, so you have to set the BIOS option “F1/F2 Prompt on Error” to disabled.

But after that I wondered about the S130 contrller, as I presumed Dell had meant a hardware RAID controller and I know the S130 is a software RAID solution. And after some ducking I found out there are quite some people who report terrible performance, so I’m curious how my system will perform. If the performance is as terrible I’m curious if adding a second HBA330 would be possible or that we are required to do a single OS drive like in the reference models. The OS is installing now and it’s taking its time, so that’s not a good sign.. I’ll followup as I learn more.